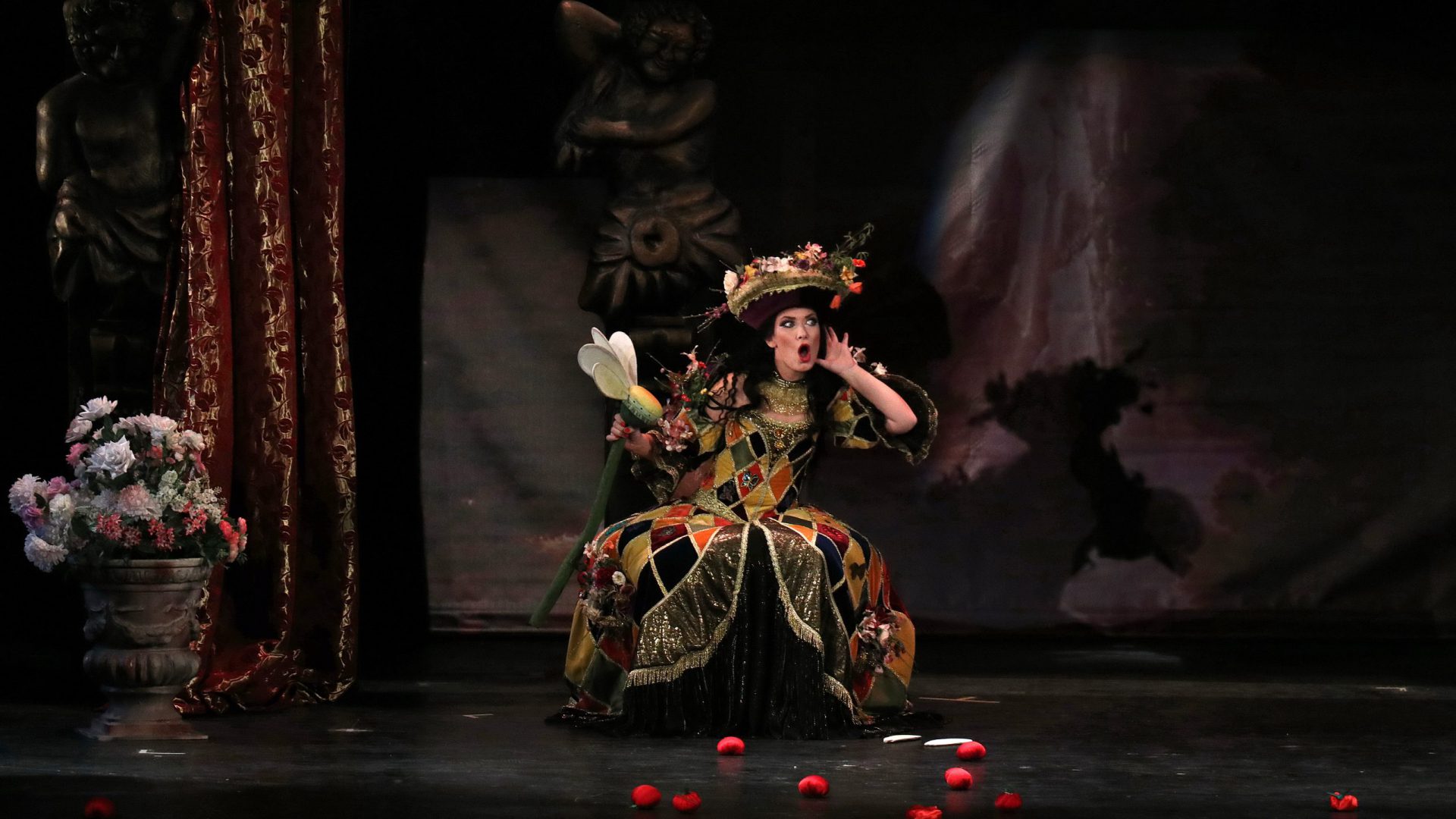 The Dusk is a second Serbian national opera, Binički’s At Dawn was the first one. It is a chamber opera, with no choir and one- act play. It was written in 1923 and performed in 1925. During 1953 and 1954, the author additionally wrote and composed a ballet act and all these years we have just had the tape ballet suite recording at Radio Belgrade. As the ballet act scores has been lost since this opera was last performed in Belgrade, at the National Theatre in 1954, two performances at SNT Novi Sad in 1994 and 2001 were done without a ballet act.

This integral performance the nowadays generations have had no opportunity to see and hear so far, was held on 22nd October 2016 on the Large Stage of Madlenianum, within the 48. BEMUS festival, directed by Nebojsa Bradić and under the baton of Vesna Šouc. This performance was of the national significance since it is a word about one of the best Serbian operas in general, one of the most prominent composers in the period after Mokranjac.  Besides that, the destinies and names of three academicians intertwine about this project. They are Stevan Hristić, Ivo Vojnović, whose The Dusk is a part of his Trilogy of Dubrovnik and Jovan Dučić, whose poem “The Dreams” is a part of the integral scope and serves as one of the leading arias.